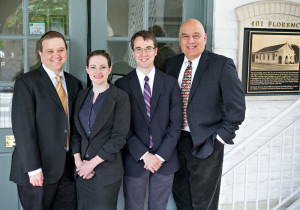 Mr. Russo is a member of the State Bars of California, New York, and Washington, D.C. He holds his JD from UCLA School of Law as well as dual M.B.A. degrees from Columbia University and from UC Berkeley’s Haas School of Business; he also holds a joint Bachelor’s and Master’s degree from City University of New York in Urban Administration and Computer & Information Science.

Before becoming an attorney, Mr. Russo worked full-time as a computer programmer and software analyst. Mr. Russo is a Judge Pro Temp for the Santa Clara Superior Court and an Arbitrator and a Mediator for the United States District Court for the Northern District of California as well as for the American Arbitration Association. He has an active ADR practice with experience in over 500 cases. He is the Chairman of the non-profit Foundation for Creativity in Dispute Resolution.

Subscribe to our Newsletter to stay in touch with what's going on in the legal field for entrepreneurs and startups.